I’ve been using a busy job and lots of noisy kids to rationalise my lack of blogging recently. I know what the uber bloggers are thinking, pretty lame right?

Well today was one of those days that all bloggers will understand, when I stumbled upon a find that was so far up my alley that I immediately made plans to share it (and did on twitter and facebook) and spent a few minutes in the afternoon wondering if I would have time to add it to the blog later tonight. Well I am now doing exactly that (ie the kids are finally in bed!)

Today felt like a particularly cold day (even by Canberra standards) and I had a craving for soup!

I had noticed a few times in Manuka the Tosung Firewood BBQ Restaurant on the corner diagonally opposite Coles. 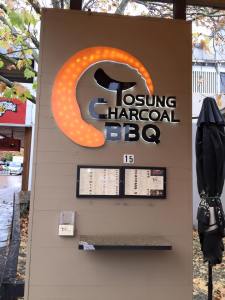 It’s a bit hard to miss the bright facade and the canvass banner advertising $10 lunch specials. 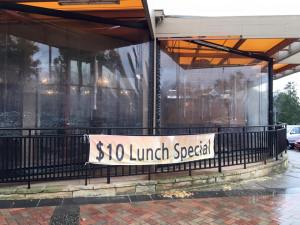 I was warmly greeted by the staff and invited to take a seat. Although it appeared there were no soups on the $10 specials menu I was keen to try their soups. I like Korean soup! 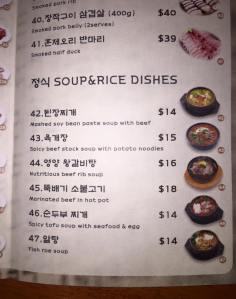 I ordered a bowl of spicy beef stock ‪soup with potato noodles and waited patiently. A few minutes later I was surprised to be approached by a staff member carrying a very large tray. Not only did I get a piping hot freshly cooked soup but she also brought a bowl of rice, four small plates of condiments (including my favourite Korean side dish – kimchi!) as well as a large bottle of water. 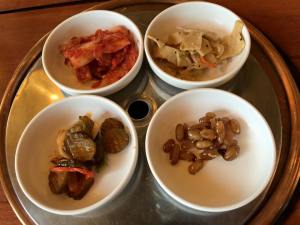 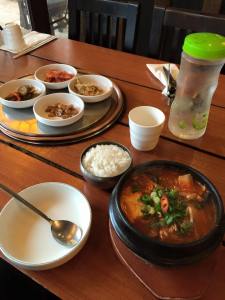 The service is terrific for the price and beyond what I had expected. Safe to say my mind was blown by the value for money from a $15 order. the rice and condiments ensured I couldn’t finish the soup – a very unusual occurrence for me. The soup was hot and spicy and tasted divine.

I think I just found my new favourite cheap eat in Manuka and will definitely be back to try more of the menu, including the $10 lunch specials and some Korean BBQ! 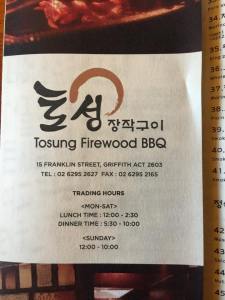