I recently tracked down Natasha Rudra after hearing she had become the new editor for the weekly Canberra Times Food and Wine Magazine – a gig many Canberra foodies would give their right arm for!

As well as looking after the weekly food and wine supplement, Natasha is the Life and Entertainment editor at the Canberra Times. She’s a regular tweeter on all sorts of news (follow her @NatashaRudraCT) and has a great sense of humour for an overworked journalist. If you’d like to share any food or lifestyle tips drop her a line natasha.rudra@fairfaxmedia.com.au . 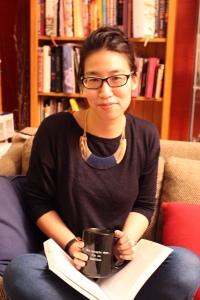 So Natasha Rudra, who are you?  I grew up in Malaysia, I came to Australia for uni and stayed to pursue dreams of working as a journalist. And that dream came true with bells on. I love my job and sometimes I can’t believe how lucky I am to write about food, entertainment and lifestyle for the Canberra Times.

Age?  I am way too immature for my age.

Where do you live?  In an apparent vortex in the Woden Valley, where my friends keep getting lost looking for my house.

Other hobbies?  Sport! I love going to the Brumbies, watching premiership football (when I can stay awake to 3am – bloody Australian timezones), listening to trashy college a cappella and sometimes knitting badly. I also love eating. My partner’s a fabulous cook and there’s nothing better than watching him conjure a magical meal (and then hoeing in ungracefully).

Car/bus/bike?  Canberra forces us all into the car. I hate it.

Favourite TV show?  Game of Thrones or Veep. I think they’re pretty much the same show, except Veep has less twincest.

Favourite devices?  Sometimes I think that instead of having a baby, I had an iPad. 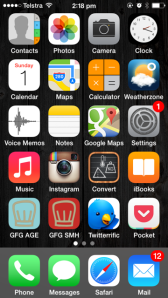 Favourite social media?  It’s going to be Facebook like everyone else. But I am also addicted to Longform.org, which isn’t social media but just a website – it’s a collection of the best feature journalism around. Stories, wonderful stories, pour from it.

What’s the first thing online you check each morning?  I check canberratimes.com.au for a recap of the news, the weather, to see what’s going on and whether there’s a traffic snafu near me. We have an amazing team at the Canberra Times who really dig out the best stories from our city, from things that are lighthearted and fun to things that might not be click bait but are important stories to tell.

What do you worry about at night?  What that suspicious noise was from downstairs? I also quite like thinking about what I’m going to eat tomorrow.

Most exciting recent news?  We managed to score tickets to the Queen and Adam Lambert concert. The 80s love child in me is SO EXCITED.

Ideal career?  I only ever wanted to be a journalist so stick a fork in me, I’m done. Unless there’s an opening for “extremely lazy luxury travel writer with hardly any deadlines” going somewhere – in which case hit me up on LinkedIn, asap.

Recent book you recommend?  Is Everyone Hanging Out Without Me? by Mindy Kaling.

Recent online video you laughed at?  This poor cat. It’s running like the wind, wild and free, down a cobblestone street in France. You won’t believe what happens next. (Well, you will. But it’s unfortunately extremely funny.)

Favourite food? 🙂  This is a cruel question! A fluffy, freshly cooked roti canai and a Malaysian chicken curry. Or a thin slice of bittersweet Valrhona chocolate cake. Or a creamy spinach Milanese risotto. Or Heston Blumenthal’s perfect BFG cake. Or a forkful of Momofuku-style ramen noodles with bright ginger and spring onions. Or a 65-degree egg that’s gorgeously gooey. Just stop me, Elias. Just stop me now.

OK Natasha, we’ll stop now. I’m really disappointed that you didn’t mention Lime-flavoured milk, although technically it’s not a solid food, so I will let it pass! 🙂 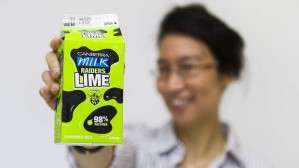 Thanks for this wonderful introduction to Natasha!

You’re welcome Liz! She’s a very clever journo. One to watch I reckon!

Hey Natasha!!!! Awesome to ‘virtually’ meet you. Thanks for the great intro Elias, I love these posts SO MUCH! 🙂 Im with Natasha on the creepy noises at night, I don’t know how many hours are spent calming myself. The 65 degree egg craze is sweeping the Nations Capital, just don’t know how I feel about it. Great post. 🙂

Lol. Great post. I have equal trouble if anyone ever asks me the favourite food question. I think Natasha answered it very well! 😛

I’m also totally with her about the car. It’s always driven me bonkas. It’s Canberra’s downfall, in my mind. Fingers crossed we actually get this light rail at some point.

Great interview Elias. Met Natasha at the Cupping Room last week and she was lovely to chat to especially with her journalist hat on at the time!

Thanks Sabeen! Yes she’s lovely to talk to.

Maybe the author is going to rewrite the part about that link leading to the right post but just hasnt gotten around to it yet.